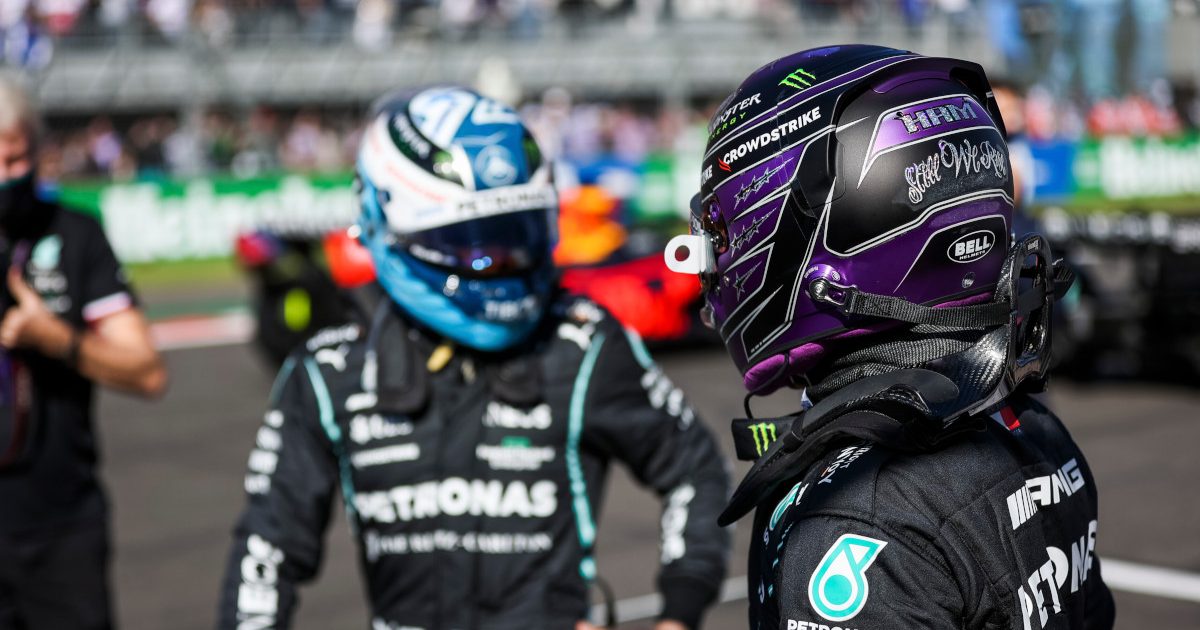 Valtteri Bottas is “never in a position where you realise that he really wants” to get to the front to support Lewis Hamilton in his title bid.

The last four grands prix have seen Hamilton and Verstappen finish 1-2, the protagonists trading barbs in the title race.

During those four races their team-mates have impacted the Drivers’ Championship by all of one point apiece.

Bottas took the fastest lap point at the Mexican Grand Prix, denying Verstappen, while Sergio Perez claimed the point in Brazil to take it away from Hamilton.

At the last race, the Qatar Grand Prix, it was left to Hamilton and Verstappen to fight for the win and the extra point, with the Brit taking the chequered flag while Verstappen finished P2.

The Red Bull driver made a late pit stop to secure the fastest lap point, reducing Hamilton’s gains on the day from seven to six points.

The gap between the two is just eight points in Verstappen’s favour heading into the penultimate race of the season, the Saudi Arabian Grand Prix.

And while one could argue that Bottas did all he could in Qatar as he tried to recover from a grid penalty and a tardy start only to suffer a puncture that put him out of the grand prix, Glock was once again unimpressed with the Finn’s drive.

“He’s never in a position where you realise that he really wants to drive forward to support Lewis Hamilton,” the 39-year-old told Sky Germany.

“He drives his races without taking any risks and he always needs motivation from Toto Wolff.

“I think Lewis and Max are on their own to decide the championship.”

Another former F1 driver Felipe Massa agrees that Bottas is not putting his best foot forward, but he feels Mercedes the blame for that rests in part with Mercedes.

“I’m afraid the team has turned their backs on him a bit,” Massa told Gazzetta dello Sport of the soon-to-be-ex Mercedes driver.

Bottas is on his way to Alfa Romeo for next year’s championship.

Asked if that has an impact on a driver, Massa said: “It depends on the driver’s mind

“I had Ferrari in my heart and I gave my best until the last lap.

“Valtteri is a serious professional and I’m sure he will even try to win. He also needs it for the future.”